AltınTürk investment was in Qatar EXPO TURKEY with Artaş inşaat

The warm relations established at the level of our President Recep Tayyip Erdoğan and His Excellency Sheikh Tamim Bin Hamad Al Thani are politically and commercially fruitful for both countries. A large volume of trade is being formed with the connections held in the fairs held in recent years, where real sector representatives from both countries show great interest.
Expo Turkey by Qatar, which was held for the 2nd time between 17-19 January 2018, is one of the important fairs where Turkish and Qatar business world come together.

So far, over 100 participated in the fair and the President abroad organized by many organizations in industry awards Gold Turkish Investment Board Ismail gold companies as international organizations in actively participate in the Turkey and the success they have achieved on behalf of to attracting investment, he added that they would further upward interests.

250 billion dollars of investment is coming to Turkey! 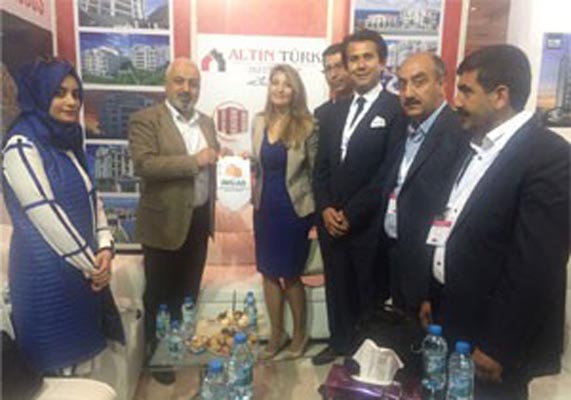 ALTIN TURK INVESTMENT will be in Dubai

Visit us in DOMEEXPO exhibition in Russia– Moscow

Altin Turk going to the next CityScape Global 08/SEP/2015

Altın Turk Back From JORDAN

There is No Bad project , But there is bad marketing